Millions of Christians Will Be Praying … Will You? 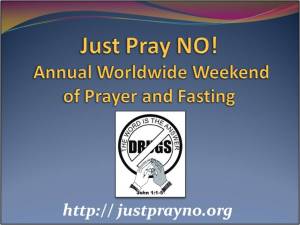 32nd ANNUAL “Just Pray NO!” to Drugs  WORLDWIDE WEEKEND of PRAYER and FASTING

Since April 7th, 1991 “Just Pray NO!” Ltd. has united millions of  Christians  from 150 nations and territories around the world in intercessory prayer on behalf of the addicted and their families.

Saint Vincent and the Grenadines