PRAY NO to Drugs, Pornography, Gambling, Obesity and Smoking

The weekend of April 6 – April 7, 2013 has been designated as the 23rd Annual “Just Pray NO!” to drugs Worldwide Weekend of Prayer and Fasting. We are not only praying for the release of those bound by substance abuse but also for people to be delivered from pornography, gambling, obesity and smoking.

Confess your trespasses to one another, and pray for one another, that you may be healed. The effective, fervent prayer of a righteous man avails much. James 5:16

Since April 7th, 1991 “Just Pray NO!” has united millions of Christians from 150 nations and territories around the world in intercessory prayer on behalf of the addicted and their families. Not only is substance abuse America’s number one health problem, the devastation of alcoholism and other drug addiction has impacted families and communities worldwide. 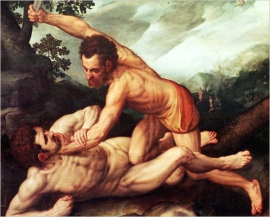 For we do not wrestle against flesh and blood, but against principalities, against powers, against the rulers of the darkness of this age, against spiritual hosts of wickedness in the heavenly places. Ephesians 6:12

Make a formal commitment to join with believers in Christ from around the globe this coming April. Put on the full armor of God and fervently pray in spirit and in truth. We are seeking to enlist millions of prayer warriors from around the world to join us in battle!

Is it your heart’s desire to see people delivered, healed and set free to serve the Lord Jesus Christ?

Then click on the following link to learn how you, your church group or ministry can participate in our international prayer event:
WEEKEND OF PRAYER INFORMATION